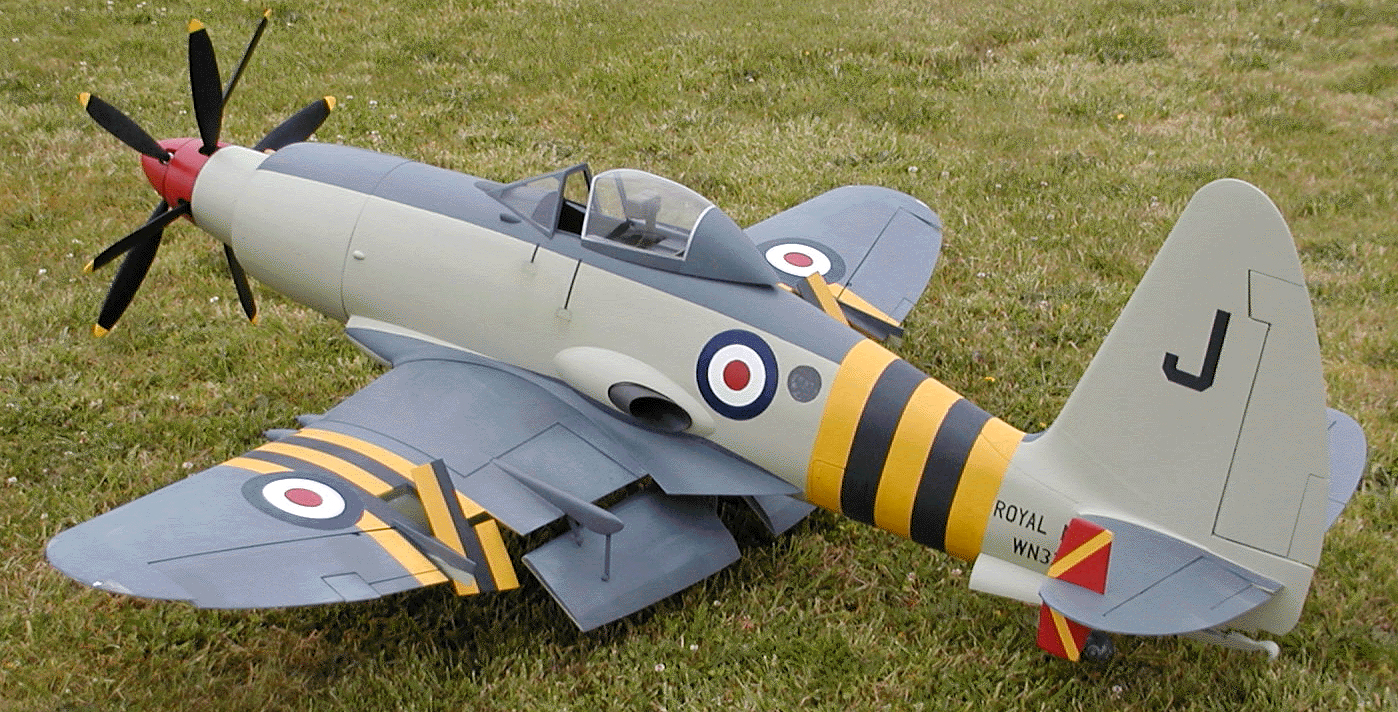 This model is not  suitable for a heavier engine, the nose is too long and it would need an equal amount of extra weight in the tail.

much larger than the wingspan seems to indicate.  It is a turbine powered carrier borne aircraft, and it is almost as long as its wingspan.

UNDERLINED items below for samples of plans.

The plans show building jigs  too.

The plans were drawn from a 3-dimensional "wire frame"

The instructions are 24 pages of very complete step-by-step procedures, down to flap installation and servo hatch covers.  They include such things as general model building tips, data sources, paint sources, landing gear specifications and sources, door operating mechanism sources and even the best kinds of glue to use for specific purposes.  They also include some information about the real Wyvern, including what the name means.

(No, the 3-view doesn't show rivets: the Wyvern was welded together.  But, it does show cowling fasteners and panel lines)  This  is a must for the contest builder.

Fillets for the Wing and Tail

These parts make building the Wyvern a lot easier, and they make it lighter, too.

The Wyvern had a 2-part spinner with two, 4-blade, contra-rotating, propeller sets.

Separates into two parts and uses the propeller blades below

THE FOLLOWING ITEMS NOT INCLUDED IN THE 'COMPLETE SET' ABOVE

Templates  Extra parts drawings so you can cut out parts

Paint Mask Templates Ask for them.  We can send insignia and lettering templates  to you in print form or to your template cutter in a cutting file.

Landing gear  A single strut retractable gear and air system made especially for this airplane.       $295 (frt $10)

You will need an additional valve to operate the gear doors in a scale fashion.  See the B of M

These plans are scaled up from the 1:7 plans, with no other wood size changes, and no molded parts are available for this size.  This size has not been built by the designer.

Landing gear  A single strut retractable gear and air system made especially for this airplane.  E-mail for current price, but will be in the $395 range.